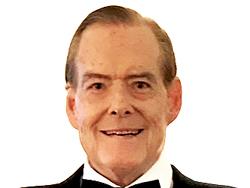 Dalton, GA, March 14, 2022-Industry veteran Ted Egan died March 7. With over 55 years in general and executive management, marketing, sales, and operations, Egan contributed to the leadership and success of many companies throughout his career, including in his most recent position with Taylor Adhesives.

Before his 17 years with Taylor adhesives, Egan was president of the Parabond adhesives division of Para-Chem Southern for 11 years. During that time, Parabond became a growing and profitable company.

From 1982 to 1996, Egan was president and COO of WW Henry Company/Armstrong World Industries, where he substantially grew a variety of business units.