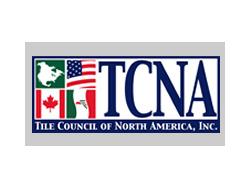 Anderson, SC, April 11, 2019- The Tile Council of North America (TCNA) issued the following statement in response to the filing by domestic tile manufacturers of a petition with the federal government, seeking tariff relief from dumped and subsidized imports of tile from China,

"America's tile manufacturers are happy to compete against fairly traded imports. We have been hammered, though, by a flood of unfairly traded imports from China. Chinese tile producers benefit from extensive government subsidies and dump their tile into the United States at ridiculously low prices," said Eric Astrachan, executive director of the Tile Council of North America. "Domestic manufacturers had no choice but to seek relief from the federal government from these unfairly traded imports. The future of the U.S. industry and of our member companies' thousands of employees and their families depends on it."

Today, several of the largest U.S. ceramic tile manufacturers filed anti-dumping and countervailing duty petitions with the federal government. The industry's anti-dumping petition seeks the imposition of tariffs on imports of ceramic tile from China to remedy unfairly low-priced imports that have injured domestic manufacturers. The countervailing duty petition seeks the imposition of tariffs to remedy the impact of Chinese government subsidies-subsidies that have resulted in low-priced imports that have injured domestic manufacturers. If the federal government, after an investigation, agrees that Chinese imports are unfairly traded and have injured or threaten to injure U.S. tile manufacturers, the government will impose tariffs on Chinese imports. The government would first impose preliminary tariffs in a few months, and would impose final tariffs at the conclusion of its investigation in approximately 16 months.