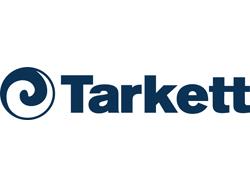 Paris, FR, December 6, 2019-Tarkett announced upon release of its Q3 results that the implementation in October of the group’s ERP system (SAP) in commercial carpet in North America would negatively affect revenues in the region in Q4 2019.

The production ramp-up after implementing SAP took longer than Tarkett has previously experienced with similar projects in North America. Although the situation has improved regularly throughout the month of November, this will have a more negative impact on Q4 sales in the region than anticipated. Besides, Lexmark sales are down compared to last year as announced previously. In North America, Tarkett therefore expects sales on a like-for-like basis down around 25% and a significant decrease in adjusted EBITDA in Q4 2019 compared to last year.

Production of commercial carpet in North America is now back to normal. The group estimates that sales will progressively improve over the coming months supported by Tarkett’s sales action plan for the region. This plan, presented upon the release of Q3 earnings, aims at regaining top line momentum and includes the shift to single branding and the introduction of new products. The group has also launched several actions to improve the cost structure in North America, which are progressing on schedule. The division will therefore benefit from the industrial footprint reorganization and an ongoing SG&A cost savings program in 2020.

Other divisions are performing in line with management’s expectations. The implementation of Change to Win strategic plan is progressing well. The key top line initiatives have been successfully rolled out in 2019. The cost savings program is on track and will generate this year the targeted annualized savings of 30 million euros in 2019.