Washington, DC, December 12, 2005--Mohawk Industries Inc. Monday won a chance to convince the U.S. Supreme Court that it shouldn't face a civil racketeering lawsuit brought by employees alleging the carpeting company hired illegal immigrants and depressed the wages of U.S. citizens working for it. In January 2004, a group of current and former hourly workers sued the company in a federal court in Georgia, arguing the company violated the federal Racketeer Influenced and Corrupt Organizations, or RICO, Act. A U.S. District Court and the 11th U.S. Circuit Court of Appeals, based in Atlanta, both denied attempts by Mohawk Industries to have the case thrown out without a trial. In taking up the case, the Supreme Court will decide whether the floor-coverings' maker is an "enterprise" covered by federal RICO laws and whether the depressed-wages allegation "alleges a proximately caused injury to business or property." In court filings, Mohawk employees have argued the company has hired workers "that it knew or had reason to know were not authorized to work in the U.S." by hiring individuals who had false worker documentation. The lawsuit also alleges Mohawk has actively recruited undocumented aliens to work for it. A ruling in favor of Mohawk Industries could prevent the class-action lawsuit from proceeding to trial in a federal court. "The Eleventh Circuit's ruling impermissibly relaxes the limitations Congress placed on the imposition of RICO's harsh penalties," Mohawk Industries said in its Supreme Court appeal, arguing court decisions in the case have improperly made it easier for civil RICO lawsuits to survive in federal court. The case is Mohawk Industries v. Williams, 05-465. Oral arguments will be held in the spring of 2006 and a decision is expected by July 2006. 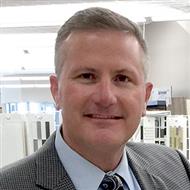