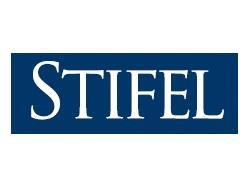 It goes on to report that the U.S. marketplace clearly experienced a slowdown in the second half of the year. New residential construction (approximately 15-17% of Mohawk's U.S. business) began to moderate mid year and accelerated to the downside in Q4. The repair and remodel industry also slowed in Q4 based on our intelligence and volumes in carpet plunged in Q4, impacting the North American segment which is roughly 70% carpet and rugs. While we don’t see a recession developing in 2019 for the domestic flooring industry, we do see overall growth being 100-200 basis points lower. The continued rapid growth of LVT continues to impact Mohawk’s volumes in carpet, laminate, and ceramic, but it is difficult to dissect how much of the weakness is due to this encroachment versus a slowing overall demand environment.