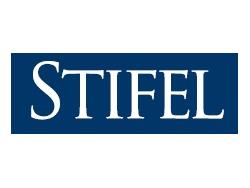 “Carpet continues to be a drag on revenue growth as 1/3 of the company’s global revenues are generated by this declining product segment. Industry shipments were down a little over 8% in units in Q4, though price increases have helped offset some of the volume declines.

“Mix and price was a $9 million gross profit benefit in Q4, though we believe this was entirely driven by price increases to offset inflation and mix was likely negative within product categories.

“Inflation was a $61 million headwind as higher cost raw materials flowed through the P&L and labor and transportation costs remain elevated. We expect inflation to abate in 2019, though still be an overall headwind to earnings in Q1 most notably.

“LVT production is ramping up in the U.S. with the production of rigid products, though slower than anticipated. We believe Mohawk will ultimately have a strong footprint as we have written on numerous occasions but admit the timing remains uncertain.

“New product categories like large format porcelain and quartz countertops are in the early stages of production. We view these products as largely incremental offerings that will drag earnings near term, but benefit sales and earnings as we move closer to 2020.

“Macro is still an unknown issue. Management had a more cautious tone on this subject and we view this is a primary driver of the Q1 guidance reduction as it will require further production curtailment.

“Ceramic revenue improved sequentially on a y/y basis in North America. We believe this is noteworthy given LVT growth continues to accelerate. Certainly LVT is impacting ceramic growth, but potentially not at the rate that some feared.

“Inventories were up 17% y/y in Q4, but largely due to planned increases ahead of LVT product introductions and acquisitions and some pre-buy ahead of the Chinese New Year. Manufactured inventory was down y/y.”