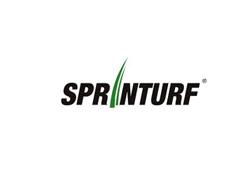 , May 1, 2007--Synthetic playing surfaces provider Sprinturf announced a private equity buyout by S-urf Acquisition Corporation and the successful completion of $10 million dollars in financing. DellaCamera Capital Management and H.F. "Gerry" Lenfest participated in the financing round, which was led and supported by he Musser Group, a private equity company.

he funding infusion and introduction of new management will help Sprinturf increase sales and marketing efforts, enforce patent technology and leverage more market share in the artificial and synthetic playing surfaces industry, which is expected to exceed $1.5 billion dollars by 2012, as projected by AMI. Sprinturf currently has the premier patented all rubber infill synthetic surface technology designed to enhance safety and performance.

"Our goal from the beginning was to attract the best and brightest investment and management team to bring Sprinturf to the next level," said Pete Musser, CEO of he Musser Group. "We are excited to be a partner in growth with the employees and new shareholders of Sprinturf."

"It is our pleasure to join he Musser Group and Gerry Lenfest to build a large growth company in this dynamic industry," said Andrew Kurtz, partner at DellaCamera Capital Management. "We see Sprinturf as a market leader that will now be able to meet the growing demand for synthetic surfaces world wide."

Stanley H. Greene, president and CEO of Sprinturf, stated, "Sprinturf is a unique company with a track record of innovation, market leadership, and success. It's an honor to join its leadership team and have the opportunity to leverage Sprinturf's performance to take the company forward."

Chairman of the Board om Lynch added, "I am genuinely excited to work with Stanley and this terrific team of individuals to help introduce Sprinturf's excellent products and innovative techniques to a new and expanding group of potential users."

Hank Julicher, founder of Sprinturf, will become special advisor to the company.

he New Board of Directors includes:

H. Greene: Mr. Greene has over 20 years of experience in helping large corporations and small businesses reach their full potential. Since 2004, Mr. Greene has been providing consulting services to a small portfolio of companies, acting as each company's CEO or senior officer. Prior to that, Mr. Greene served in a number of leadership roles in the cable V and telecommunications industries, which, in recent years, included President & CEO of 4anything.com (now LIvVE, Inc.); President and COO of ri-State Media (acquired by Comcast), which created the Philadelphia area's first all news cable network; President of he Box-USA (now part of MV), Vice President of Bell Atlantic Corporation and Vice President and General Manager of Greater Media's Philadelphia Cable System. Mr. Greene is a graduate of the of and currently serves on the Board of Directors for Public Broadcasting affiliate WHYY in .

Andrew J. Kurtz: Mr. Kurtz currently serves as Managing Member and General Counsel to DellaCamera Capital Management. Prior to forming DellaCamera, Mr. Kurtz was a Managing Director in the Leveraged Finance Group of Guggenheim Capital Markets. From 1999 until May 2004, Mr. Kurtz was co- founder of Spectrum Investment Partners, L.P., a hedge fund specializing in bridge loans and secondary debt purchases secured by real estate and other tangible collateral. From 994-1999, Mr. Kurtz was a portfolio manager at Elliott Associates, L.P., where he focused on real estate restructurings, sovereign debt trading and other types of new and secondary debt investments.

homas C. Lynch: Mr. Lynch, a retired naval officer, has served as Senior Vice President of he Staubach Company, a real estate advisory firm, since 2001. Mr. Lynch previously held a number of executive positions at Safeguard Scientifics, Inc., including Senior Vice President. Prior to his entering into joining the business arena, Mr. Lynch had a decorated 31-year naval career, retiring with the rank of Rear Admiral. A graduate of the U.S. Naval Academy, Mr. Lynch's positions included Chief, Navy Legislative Affairs; Commander of the Eisenhower Battle Group during Operation Desert Shield; Superintendent of the U.S. Naval Academy from 1991 to 1994 and Director of the Navy Staff at the Pentagon from 1994 to 1995. Mr. Lynch was also the captain of the 1963 Navy Cotton Bowl team with Roger Staubach, its Heisman winning Quarterback.

Warren V. "Pete" Musser: Mr. Musser is the founder and CEO of he Musser Group LLC, a strategic consulting firm based in which he started in 2001. Mr. Musser is the founder and former CEO and Chairman of Safeguard Scientifics, Inc. (SFE), a company that, under his leadership, built value in high-growth, revenue-stage information technology and life sciences businesses. He was a founding investor in a wide variety of enterprises, notable among them QVC, Novell, Compucom Systems, Cambridge echnology Partners, and Internet Capital Group. Mr. Musser is currently on the board of Nutrisystems, Inc. (NRI), Internet Capital Group, Inc., Health Benefits Direct Corporation and Health Advocate, and serves as Chairman of elkonet, Inc, (KO), Infologix, Inc. (IFLG) and Epitome Systems, Inc. hroughout his distinguished career, Mr. Musser has served on a variety of civic and charitable boards and is currently Co-Chairman of the Eastern echnology Council, Chairman of Economics PA and Vice Chairman of the National Center for the American Revolution.

Richard A. Vermeil: Mr. Vermeil has an outstanding career as a football coach, broadcaster and motivational speaker. He was the head coach of the Kansas City Chiefs (2001-2005), St. Louis Rams (1997-1999) and Philadelphia Eagles (1976-1982) of the National Football League (NFL) and coached the St. Louis Rams to a victory in Super Bowl XXXIV. Mr. Vermeil was twice been named NFL Coach of the Year. He also served as an assistant coach of the Los Angeles Rams from 1969 to 1974 and as the head coach of UCLA from 1974 and 1975. His 1975 UCLA team won the 1976 Rose Bowl. From 1982 to 1997, Mr. Vermeil was a television broadcaster for CBS and ABC. He also is in regular demand as a motivational speaker.