Some U.S. Officials in Favor of Removing Some Chinese Tariffs 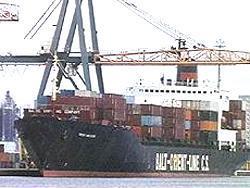 Quoting readouts of the virtual conversation recorded by both governments, The Wall Street Journal (WSJ) reports that Yellen “frankly raised issues of concern including the impact of Russia’s war against Ukraine on the global economy and [China's] unfair, non-market economic practices."

Liu, meanwhile, "urged the U.S. to cancel the China tariffs and sanctions and promote the fair treatment of Chinese businesses."

Referencing the Biden administration's ongoing review of Section 301 tariffs-which impact the U.S.' supply of LVT-WSJ notes that, "some administration officials, including Yellen, have suggested the U.S. could remove some non-strategic tariffs." Others, however, "want a tariff cut paired with another measure designed to keep pressure on Beijing to change practices that the U.S. says put American companies and workers at a disadvantage."