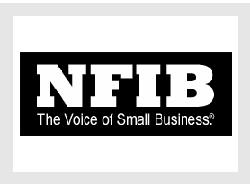 Washington, D.C., March 8, 2022-In February, the NFIB Optimism Index decreased by 1.4 points to 95.7, the second consecutive month below the 48-year average of 98. Twenty-six percent of owners reported that inflation was their single most important problem in operating their business, a four-point increase since December and the highest reading since the third quarter of 1981.

* Forty-eight percent of owners reported job openings that could not be filled, an increase of one point from January.