Signs Indicate that Americans May Be Ready to Spend, Says WSJ 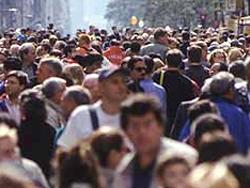 “Shoppers opened their pocketbooks in May as states eased coronavirus-related restrictions on businesses and consumers.

“The May retail sales report from the Commerce Department offers another sign that the worst of the economic shock from the pandemic likely occurred in late March and April when widespread shutdowns to contain the virus were in place across the country. Employers, for instance, added 2.5 million jobs last month, and the jobless rate fell to 13.3% from April’s 14.7%.

“In recent weeks, retail executives have said that spending picked up at the end of April and into May, and that shoppers returned to reopened stores faster than expected. Private data also suggest that economic activity continued to rise in early June.

“Still, economists project it could take years for the U.S. economy to recover, and recent increases in coronavirus cases in more than a dozen states are casting a cloud over reopening efforts.”