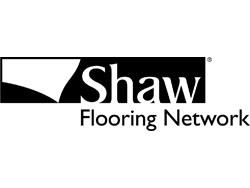 Dalton, GA, August 6, 2020-Shaw has announced plans to host a series of virtual events as an alternative to its traditional biennial convention for its Shaw Flooring Network (SFN) of aligned retailers.

Previously scheduled for January 2021 in Orlando, Florida, the 2021 SFN Convention will now kick-off September 1, 2020 at 2:00 p.m. EST with former Navy Seal and best-selling author Jocko Willink as a guest speaker.

The company announced its plans to its SFN customers last month, highlighting the need for creativity and imagination in the face of sudden and immediate change with guest speakers Harris III and former-college-football-player-turned-inspirational-speaker Inky Johnson. Harris III, a popular storyteller, illusionist and keynote speaker who has worked with other prominent organizations like NASA, Microsoft and Chick-Fil-A, will emcee the 2021 SFN Virtual Convention Series.

The first virtual event in the series will take place September 1 at 2:00 p.m. EST, with additional 90-minute virtual events in October and November. An even more robust virtual experience is slated for January 2021.

For more information on the 2021 SFN Virtual Convention Series and to watch the announcement to customers, visit SFNLive.com. Customers can sign into their ShawNow account closer to the event for more details.