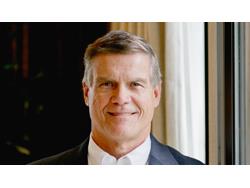 To select the 500 leaders recognized in this annual publication, Atlanta magazine’s editors consult experts across different sectors while also taking into consideration nominations from the public.

Born in Macon, Georgia, Bell attended Georgia Tech where he played football, and in 1973 received a degree in industrial management. After graduating, he went to work for West Point-Pepperell before joining Shaw Industries in 1975. Prior to becoming CEO in 2006, his management responsibilities at Shaw included sales and marketing, international businesses, and operations.

Bell has been heavily involved in industry, civic and community leadership roles, including with the Carpet and Rug Institute, the Scheller College of Business at Georgia Tech, the Dalton State College Foundation Board, and the Northwest Georgia Community Foundation, among others.