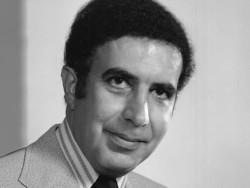 Shaheen started his flooring career working with his father and two uncle in the 1950s as a minority partner in Katherine Chenilles, where he sold rugs for the company in six midwestern states. This firm was later known as Katherine Rug mills which was ultimatle sold to Trend Mills.

Shaheen traded his 15% interest in the company for a furloughed building in downtown Dalton that he used to start World Carpets in 1954. With the help of his wife Piera, Shaheen grew the company into one of the largest privately held carpet mills.

World Carpets was one of the first in the industry to completely integrate its operations by developing its own nationwide sales force, company owned distribution centers, shipping and logistics, yarn processing and construction management.

In that era, the company developed groundbreaking technologies, including carpet backing technology with textile rubber, continuous-dye processes with DuPont and Kusters, and flatbed and rotary printing with Zimmer.

One of Shaheen's more noteworthy achievments was convincing the industry to hold true to the FHA carpet standards (minimum of 24 ounces of fiber per yard) that were introduced in the late 60's. Many of the member companies of the CRI at the time were against this move. In protest, Shaheen quit the CRI but prevailed in the end.

World was also the first carpet company to offer college scholarships to its employee's children.

In 1994, he was inducted into the World Floor Covering Association Hall of Fame, and four years later in November 1998, Mohawk Industries acquired World Carpets.