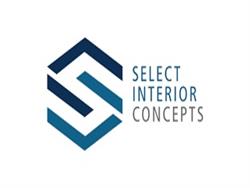 Atlanta, Georgia, June 11, 2020-Select Interior Concepts, an installer and nationwide distributor of interior building products, has announced that CEO Tyrone Johnson has resigned and is being replaced by Bill Varner Jr., effective immediately.

Johnson, who served as CEO and a director of SIC since November 2017, stepped down from both positions by mutual agreement with the company’s board of directors, according to a news release.

Varner previously served as president and CEO at United Subcontractors Inc., one of the largest insulation services providers in the United States.

"Bill brings more than 30 years of success in leading a variety of businesses across the manufacturing and service sectors, and we are delighted he is joining our team,” says Brett Wyard, chairman of the board of SIC. “… On behalf of SIC, we appreciate Ty’s leadership over the years and thank him for his contributions.”