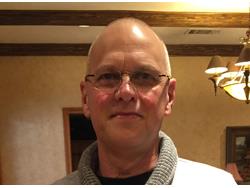 Carrollton, TX, September 17, 2020-Rick Cain has been appointed to the role of president of Fabulous Floors. Cain will lead the company as it seeks to build on its history of growth by pursuing geographic expansion and evaluating new product offerings. Cain previously held the position of vice president of sales for the organization.

Cain built and expanded Fabulous Floors' sales efforts since joining the its founder, Joel Alhadef, as the company's first employee in 1989. Alhadef is retiring from the role of president after leading the business for over 33 years but will continue as an advisor and board member