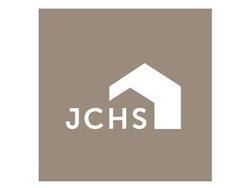 Cambridge, MA, September 17, 2018-Homeowners are expected to increase spending on improvements across 50 of the nation’s largest metropolitan areas in 2018, according to new Metro Area Home Improvement Projections released by the Remodeling Futures Program at the Joint Center for Housing Studies of Harvard University.

Spending by homeowners will increase by at least 5% in 41 of the 50 metros tracked, and by 10% or more in 11 of these major metros, led by Kansas City, Charlotte, San Antonio, Dallas, and Sacramento. None of the 50 major metro areas tracked are projected to see spending decline in 2018.

“Spending growth is projected to be particularly strong in many of the nation’s more affordable markets,” says Chris Herbert, managing director of the Joint Center for Housing Studies. “At the same time, there are a few high cost markets where low housing supply is spurring the renovation of existing homes.”

“Our projections show that growth in the remodeling market is not concentrated in just one area of the country, but is widespread,” says Elizabeth La Jeunesse, senior research analyst in the Center’s Remodeling Futures Program. “Average growth through 2018 in major metros of the South, West, and Midwest is projected to be close to the 50-metro average of 7.4%, while growth in metros of the Northeast will be slightly lower (5.6%).”