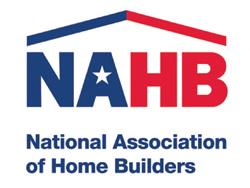 Washington, DC, July 22, 2019--The National Association of Home Builders’ (NAHB) Remodeling Market Index (RMI) posted a reading of 55 in the second quarter of 2019, rising one point from the previous quarter.

The RMI has been consistently above 50-indicating that more remodelers report market activity is higher compared to the prior quarter than report it is lower-since the second quarter of 2013. The overall RMI averages current remodeling activity and future indicators.

The future market indicators gained one point from the previous quarter to 55. Calls for bids stayed at 54, amount of work committed for the next three months fell two points to 52, the backlog of remodeling jobs increased four points to 58 and appointments for proposals remained steady at 55 for the third quarter in a row.

“The remodeling market has decelerated somewhat due to ongoing supply-side challenges, as well as year-over-year declines in existing home sales,” said NAHB Chief Economist Robert Dietz. “However, remodelers’ confidence continues to be positive. Market conditions would be better if not for labor shortages and rising construction costs making it difficult to complete some projects at prices home owners can afford.”