QEP to Acquire Certain Assets of the Kraus Group 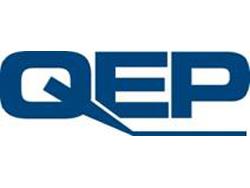 Boca Raton, FL, September 12, 2018-Q.E.P. Co. announced on September 11 that it has agreed to acquire certain assets of Kraus Group.

The Kraus Group announced that it was laying off workers at its Waterloo, Ontario factory, starting September 7.

Kraus will operate as a business unit of Q.E.P. The deal is expected to be complete in early October 2018.