Q1 GDP Revised Down A Hair to 1.5% in Second Estimate 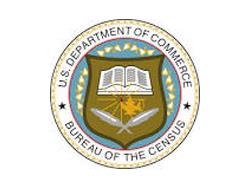 Washington, DC, May 26, 2022-Real gross domestic product (GDP) decreased at an annual rate of 1.5% in Q1 2022, according to the second estimate released by the Bureau of Economic Analysis. In Q4, real GDP increased 6.9%.

According to Alan Beaulieu of ITR Economics, Q1's results are a "technical anomaly and not a reflection of the true performance of the nation’s economy."