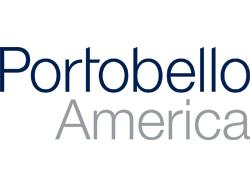 According to James “Jed” Durbin, the company’s vice president of manufacturing and outsourcing, “From day one of production, the new factory will be able to double originally planned capacity of smaller pieces, such as 8 x 8”, 3 x 6”, 3 x 12” and everything in between. There is a strong demand from our North American customer base for these to augment some of our best-selling porcelain collections. The pieces will be produced using the same body materials as included in our field tile ranges, such as Terralma and Gouach. And they will be just as high-end in appearance.”

The new Baxter, Tennessee facility will not only be a major sustainable manufacturing venue; it will also be the new home of Portobello America’s North American offices. Baxter is located in Putnam County, considered a hub regarding the manufacture of porcelain tile due to the local obtainability of natural clay and feldspar supplies. The new factory’s updated personnel plan is now expected to generate at least 230 local jobs.

The plant will be fully automated with the most modern technology, including laser-guided systems, automated packaging and palleting and robots that move materials from one area of the plant to another.