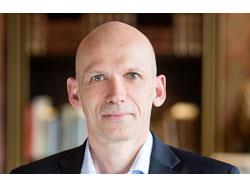 Malmö, Sweden, August 24, 2020-Bona announced that it has appointed Pontus Cornelius as president and CEO of the company, effective January 11, 2021. Kerstin Lindell, the current president and CEO, will shift her role to chairman of the board at Bona.

On January 11, 2021 Cornelius will step into the role of president and CEO working closely with Lindell the ensure a smooth transition.

Most recently, Cornelius served as president and CEO of Ernströmgruppen AB, a Swedish, privately owned industrial conglomerate focusing on developing B2B companies in various niche industries. Under Cornelius’ leadership, Ernströmgruppen expanded into a group of over 30 companies (with a turnover of approximately €250M/1,000 employees) with the common goal of creating sustainable and digital businesses for future generations. Prior to his tenure with Ernströmgruppen, Cornelius worked in leading positions with small and large companies affording him a broad understanding of best practice for business growth.

Cornelius, who has worked and lived abroad in Europe, Asia, and the United States, lives in Gothenburg, Sweden with plans to reside in Malmö by early January.