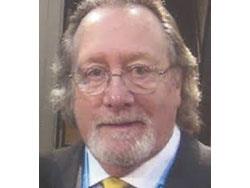 Spirer was born August 6, 1931 and started his career as a buyer for Macy’s in New York in the 1950s. He then worked for Stitt and Howell, a distributor in the Northeast and became an agent for Paynter Carpets. He eventually took over Paynter, becomig president, and sold his portion to Collins & Aikman (today Tandus).

In 1970, Spirer started Tile Company of America (TCA) where he created the first of its kind carpet tiles. In 1972, Spirer founded Horizon, which by 1983 was the sixth largest carpet mill in the nation and made a public offering of its shares. He is largely credited for bringing fashion to floorcovering, through both product and advertising.

Spirer served as chairman of the Carpet & Rug Institute in 1980 during which the Floor Covering Industry Foundation was first established.

In 1992, Horizon was acquired by Mohawk Industries for $87 million-Mohawk’s first acquisition. He was inducted to the World Floor Covering Association Hall of Fame the same year.

With his wife Becky, Spirer founded restaurant Mumbo Jumbo and nightclub Tongue and Groove in Atlanta and launched a new retail business called Horizon Pacific Home before purchasing Max Windsor/Max Woods with two colleagues in 2014. He recently retired from that business.

According to Ralph Boe, “Peter was a most creative individual, designing product and developing concepts sometimes even before the industry was prepared for them. He pulled me out of Dupont to help run Horizon and gave me my start in the carpet industry. I must say that Peter had many virtues, but one was not patience. If a program didn’t move quickly, he would abort it and get on to the next.” Boe also noted that Spirer possessed a great deal of creative flair.

Spirer leaves behind his wife Becky.

Here is a link to Spirer speaking with Kemp Harr on the 2012 Surfaces' showfloor.