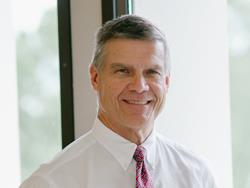 Chattanooga, TN, March 16, 2021--Vance Bell announced that he will step down as CEO of Shaw Industries next month and sat down with Kemp Harr to discuss both the impetus for the change and his more than 45-year career with Shaw. Vance graduated from Georgia Tech, where he was also a member of the football team, then spent two years in a manufacturing role at West Point Pepperell, having decided at that point to pursue a role in sales. When Vance joined Shaw in July of 1975, the firm’s revenue was around $70 million with roughly 1,000 employees. Today, Shaw’s revenue is over $6 billion with 20,000 employees.

Q: Tell us about the timing of this announcement.

A: I’ve been planning this for close to two years. We’ve been working on getting the organizational structure right below myself and Tim Baucom. This allows people to move into new roles where they can make a difference for the future. Covid didn’t really have any influence on it. The way we’ve structured this, I can still be in the wings in an advisory role if needed. We’ve announced that we’re putting more structure to our board of directors, and I’m going to be the executive chairman this year and will shift to non-executive chair next year. The role of that board will be to offer advice and guidance to the leadership team. In addition to me, other board members will be Piet Dossche, a few other internal people, and Greg Abel with Berkshire.

Effective April 5, Tim and his team will own the day-to-day business decisions. My role, at that point, will be focused on corporate strategy, acquisitions and major capital deployment.

Q: What is the outlook for business growth for the remainder of the year and beyond?

A: I’m very bullish about this year from a residential standpoint. The housing demographics are better than they’ve been in 30 years, and that’s going to continue for at least another five years, if you look at the Millennial generation and how they are aging into the prime home-buying years. Millennials are now larger than the Baby Boomer population. Housing is underbuilt by 1.5 million units. All the numbers we are seeing in new construction, existing home sales and even the refurbishment side of the business are healthy. That will continue through this year and probably well into next year. Rising interest rates and inflation could put a few bumps in the demand road, but there is enough innate demographic tailwind to support continued growth.

The commercial business is a little more problematic, but it might surprise us this year. We’re seeing more project movement now. It might come back a little faster than we thought a few months ago.

The only thing that worries me about business going forward is what impact inflation may have on demand down the road. This federal stimulus in the short term will be exactly that…stimulus. But it could overheat what was already a recovering economy.

Q: How long will it take for the supply chain to catch up to the demand?

A: Supply chain is an issue throughout the new and renovation home sector right now-lumber, appliances…you name it. With us, I actually feel pretty good about soft surface. The Texas ice storm raised costs for us, and there are still some components that are on force majeure declarations, but we’ve worked through those issues. The LVT products that we import are still being impacted by the container and ship shortage. That is very real and will continue for a few more months. We’re in a better position than many in the business because we work directly with the shipping lines and not through brokers or other intermediaries. Costs are much higher, and they are going to stay higher at least through the second quarter.

Q: When will Tim Baucom announce his leadership team?

A: Very soon. There are not really going to be a lot of changes. He will maintain the structure he has now and pick up a few of my operational and financial direct reports.

Q:  Let’s look back for a few minutes. What were a couple of the smartest decisions that were made under your leadership as CEO?

A: Probably, foremost, was our move into LVT, which helped to reshape and reposition the company. That started in 2010 when we acquired the resilient flooring assets of LG. We continued to build out our LVT offering even before we acquired U.S. Floors. But then bringing in Piet’s U.S. Floor business just doubled down our bet that LVT would be as popular as it is today.

The second decision, which is a little more intangible, was remaking our corporate culture and talent development. We reformatted what we call “The Shaw Way,” which incorporates our purpose, our business strategy, the way our leadership behaves and our desired outcomes all in one package.  Our values are honesty, integrity and passion. You’ve got to be passionate about the business and your team to win.

Q: Let’s look further back. In your 45 years at Shaw, what were a few of the toughest hurdles to get over?

A: To me, there were really two significant hurdles. One was obviously the great recession that started in 2007 and went through 2011-right as I stepped in as CEO. That was a tough time for the industry and every company within the industry. But we got through that in decent shape.

The other one, if you go back further, was the company’s decision in the mid ’90s to go into retail. It was difficult, but we survived that mistake.

Q: On the flip side, what are a few of your fondest memories?

A: The ’80s decade was a lot of fun. We were part of what was called the Kiddie Corp.: Randy Merritt, Julius Shaw, Mickey Long, David Wilkerson and me. We were given a lot of responsibility, and we helped create the distribution strategy. We had a great time working together, expanding the business, taking share and moving the company into a leadership position in the carpet business.

A: I’d say there are a couple of things. Our culture and the quality of our people are probably the biggest differentiators-the way we do business with integrity and passion as we strive to be transparent and real to our customer. Secondly, being part of Berkshire Hathaway allows us to operate like a private company even though we’re part of a public company. This allows us to make business decisions with a longer-range perspective.

Q: What’s the best floorcovering for today’s homeowner? Why?

A: There is a place for everything, but I do have a bias. LVT and carpet have tremendous versatility and can probably take care of the needs of over 90% of the home. Yes, we are a hardwood player, and it has its place as well. Rugs have their place in the home too, and much of our broadloom is converted into custom area rugs. From a marketshare perspective, here in the U.S., we are the leader in both carpet and LVT, and we’re close to first, if not first, in hardwood.

Q: Where does the specialty retailer fall on Shaw’s priority list? Why?

A: In the residential sector, they are number one by far. Obviously, we do business through the other channels, but it’s not the backbone like specialty retail. Interestingly, if you look at Berkshire’s other businesses, many of them focus on independently managed trade customers. This in not coordinated within Berkshire, but it speaks to where you can build the best relationships and partnerships for the long term. For Shaw, we’re working with the second- and third-generations of families that have built their businesses as we’ve built ours. They know how to create better consumer satisfaction in the flooring business.

Q: Shaw has exited the manufacturing of area rugs, laminate and solid hardwood. Is one of the company’s goals to make most of what it sells?

A: Yes, we do want to make most of what we sell, but sometimes there are timing issues in that equation. Let me address each of the categories to explain our decision. We exited the area rug business because it shifted to being primarily an import business with a large part of the volume sold through the box stores as well as e-commerce. I happen to think rugs is a good category, so we’re keeping our eye on it. We exited the solid wood business because it was declining versus engineered hardwood, which we do make. As far as laminate is concerned, we feel that our LVT products offer the consumer a better option at the same price point.

LVT is a perfect example to explain the timing in the decision of source versus make.  Sometimes you have to wait and see which iteration of a quickly evolving product category is going to create the most demand. We foresee that one day most of the LVT we sell will be produced here in Georgia, but that will take more investment and time. The evolution of multilayer flooring continues to change-not only the makeup of the product but also how it’s made. In the end, our long-range bias is to make versus source.

Q: Vance, you spent 30 years at Shaw before you became CEO. Is it still feasible that someone could start to work at Shaw this year and end up as CEO in 2051?

A: I hope so. We bring in a lot of talented people, and we tell them that we’re in this for the long haul. We want to provide our people with the same type of opportunity that many of us had.

Q: What’s next for Vance after you step down as executive chairman?

A: As I mentioned earlier, my plan is to continue to serve on Shaw’s board as chairman in an advisory role. I hope to continue to attend markets and keep some of our key customer relationships. On the personal side, I love to hunt and fish with my close friends, and I’m looking forward to doing more travel. I’m still active on a couple of boards at Georgia Tech in the athletic area, which I enjoy. I’d also like to spend some more quality time with my grandchildren.

Kemp, you asked earlier about “why now” on stepping down as CEO. It’s human nature to want to leave a role better than you found it-whether it’s your community, your church, your personal relationships or your professional focus. I feel like I’m leaving this role with Shaw in a much better position than I found it back in 2006. The foundation has been laid for the next generation to take this company even higher.