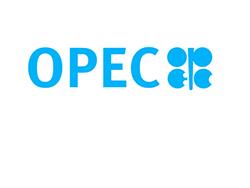 Vienna, Austria, June 22, 2018-OPEC members are discussing a compromise agreement that would see an oil production increase of between 300,000 and 600,000 barrels a day over the next few months.

Saudi Energy Minister Khalid al-Falih told reporters he would stick to his call for a 1 million-barrel-a-day rise in output but that some members wouldn’t be able to contribute, while Bijan Zanganeh, Falih's Iranian counterpart, said he expected changes to the 1-million-barrel-a-day proposal but offered no details, the report said.

Because some OPEC members, including Iran, Venezuela and Iraq, can’t boost production, the actual output increase would be closer to 600,000 barrels a day, said Robert Yawger, director of energy futures, at Mizuho, in a note.

“Anything less than a million barrels per day is seen as supportive of prices,” said John Driscoll, chief strategist at Singapore-based JTD Energy. He predicts caps will rise by 600,000, which wouldn’t even offset predicted output declines in Venezuela and Libya.