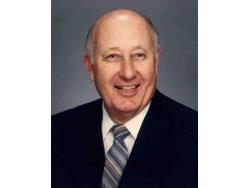 Hackettstown, NJ, August 31, 2020-One of the original founders of the American Institute of Kitchen Dealers, now the National Kitchen & Bath Association (NKBA), Robert L. Wieland died on August 20 in his hometown of Allentown, Pennsylvania. He was 91.

After graduating from Penn State University, he began a lifelong career as an award-winning kitchen designer at his family’s business, Kitchens by Wieland, in Allentown. In 1963, he helped to found the AIKD, serving as its  second president and presiding over the first kitchen dealers’ show, which grew to become the Kitchen & Bath Industry Show (KBIS).

In 1968, Wieland became the industry’s first Certified Kitchen Designer (CKD), which he earned after helping to develop the program with the University of Illinois. He also spearheaded the program to create the Kitchen Industry Technical Manuals.

Over the course of his career, Wieland won 47 NKBA Design Competition awards, including the 1990 James Foster Memorial Award. In 1990, he was inducted into the NKBA National Kitchen & Bath Hall of Fame.