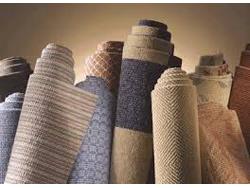 Albany, NY, May 9, 2022-New York has moved one step closer to becoming the second U.S. state, following California, to enact a carpet Extended Producer Responsibility (EPR) law that will significantly increase carpet recycling and reduce toxics in the manufacturing of new carpet.

Spearheaded by Senator Brian Kavanagh and Assemblyman Steve Englebright, the bill to establish a carpet EPR program passed both the Senate and Assembly and is expected to be signed by Governor Kathy Hochul. If enacted, New York’s law will be the first to include artificial turf.

Although the national average for carpet recycling is 5%, the rate in New York is just 1%-each year, the state sends 515 million pounds of unused or discarded carpet to fill up New York landfills or be burned in waste-to-energy plants. Local governments and businesses spend more than $22 million annually to dispose of it.