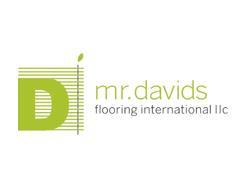 The fundraiser event includes a 50K bike ride and a 5K walk/run. The family-friendly affair includes a picnic and entertainment.

The Mr. David’s Challenge is hosted by the Mr. David's Foundation, a non-profit, which provides resources for projects in the community. Over the past ten years, the company has raised and redistributed just under $1 million dollars for programs in our community, such as, St. Alexis Pediatric Care, Roselle’s St. Walters Pre- school & After School Programs, Northwest Community Healthcare, Flashes of Hope, Center for Enriched Living, while also raising awareness for the needs within the community. The foundation is volunteer managed, allowing almost 100% of funds raised to be returned to the community. Last year, the group had over 220 attendees, with 175 participating or volunteering, and raised over $140,000 for charity.