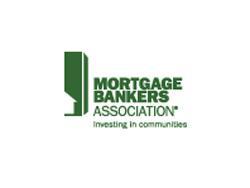 "The mortgage market saw a strong start to 2020. Applications increased across the board, and the 30-year fixed mortgage rate hit its lowest level since September 2019," said Joel Kan, associate vice president of Economic and Industry Forecasting. "Refinances increased for both conventional and government loans, as lower rates provided a larger incentive for borrowers to act. It remains to be seen if this strong refinancing pace is sustainable, but even with the robust activity the last two weeks, the level is still below what occurred last fall."

Added Kan, "Homebuyers were active the first week of the year. Purchase activity was 8% higher than a year ago, and the purchase index increased to its highest level since October 2009. Low rates and the solid job market continue to encourage prospective buyers to enter the market."