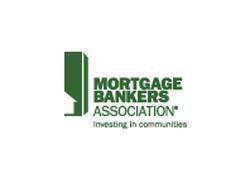 The Market Composite Index, a measure of mortgage loan application volume, decreased 0.7% on a seasonally adjusted basis from one week earlier. On an unadjusted basis, the Index increased 1% compared with the previous week.

The Refinance Index increased 1% from the previous week and was 56% lower than the same week one year ago.

"Mortgage rates last week reached multi-year highs, putting a damper on applications activity," says Joel Kan, MBA's associate vice president of economic and industry forecasting. "The 30-year fixed rate reached its highest level since 2019 at 4.15% [up from 4.06%], and the refinance share of applications dipped below 50%. Although there was an increase in government refinance applications, higher rates continue to push potential refinance borrowers out of the market.

"Purchase activity remained weak, but the average loan size increased again, which indicates that home-price growth remains strong, and a greater share of the activity is occurring at the higher end of the market."