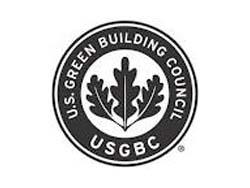 Washington, DC, November 1, 2018-The U.S. Green Building Council (USGBC) has announced the recipients of its 2018 Leadership Awards, an annual recognition of the outstanding individuals and organizations at the forefront of the green building movement.

The recipients will be honored at the USGBC Leadership Awards Reception taking place on November 14, 2018, at the Willis Tower in Chicago during the Greenbuild International Conference and Expo.

The 2018 USGBC Leadership Award recipients are George Bandy, Jr. of Mohawk; Laurie Kerr, president of LK Policy Lab; and Mueller. Ameren Corporation and S&C Electric Company are the joint recipients of this year’s Robert W. Galvin Award for Performance in Excellence in Electrical Renewal; NIKE, Inc. is the recipient of the Ray Anderson Award for Radical Industrialism; and The Ramboland volunteer team is the 2018 recipient of the Malcolm Lewis IMPACT! Award.