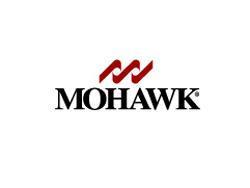 Calhoun, GA, January 17, 2023--Mohawk Industries has agreed to pay $60 million to settle the Mississippi Retirement Fund class action lawsuit filed in January 2020. In a news release issued by Mohawk yesterday, the company admitted no wrongdoing and stated that a significant portion of the settlement would be covered by insurance.

As reported on FloorDaily in July 2020, the lawsuit alleges that the flooring manufacturer inflated its sales levels and misled shareholders between 2017 and 2019. The lawsuit can be viewed here, as amended June 29, 2020 and filed in U.S. District Court in Rome, Georgia.

Mohawk also disclosed yesterday that it settled an additional suit brought by the Belgian Tax Authority (BTA) regarding the tax treatment of royalty income from intellectual property.

"In April 2022, the BTA issued a tax assessment of approximately €187 million (including penalties but excluding interest) for the calendar years ending December 2013 through 2018," a news release on the manufacturer's website states. "Although Mohawk believes its tax position in Belgium is correct, Mohawk entered into an agreement with the BTA on November 23, 2022, to settle the dispute for a one-time payment of €3 million."