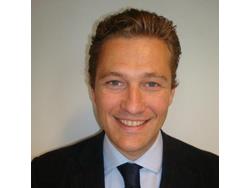 Prior to this promotion, De Cock was president of Unilin’s flooring division.

After Mohawk’s 2005 acquisition of Unilin, De Cock served as president of the company’s North American hard surface business, where he grew the Quick-Step brand in the U.S., integrated the 2007 Columbia wood flooring acquisition and increased sales across all channels. After returning to Europe in 2009, De Cock transformed Unilin’s flooring operations from laminate manufacturing into a total hard surface business and expanded direct sales through Greenfield and the acquisition of distributors in ten markets worldwide. In 2013, he led the integration of Pergo into Mohawk, improving manufacturing while enhancing the premium brand’s value through performance and design innovation and product extensions. Prior to the Company’s IVC acquisition, De Cock and his team designed and installed the first automated LVT line in Europe. Most recently, he managed the acquisition of Godfrey Hirst, the largest carpet manufacturer in Australia and New Zealand, and the subsequent consolidation with Mohawk-owned distributors in those markets.

De Cock is the son of Frans De Cock, who was president of Unilin when Mohawk acquired it for $2.6 billion in 2005. Frans served on Mohawk’s board after the acquisition and until May of 2018.

De Cock and his wife and four boys will be moving to the U.S. in January 2019.

Carson was appointed president of Mohawk in January 2012, after serving in various capacities for the company, and spending 16 years at Armstrong in various roles, including manufacturing.

He left the company on November 12 to pursue other interests.

“I appreciate all that he has done for our business, and I wish him well,” said Jeff Lorberbaum, chairman and CEO of Mohawk Industries.