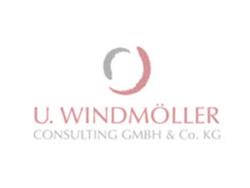 Augustdorf, Germany, September 4, 2018-Ulrich Windmöller Consulting Gmbh & Co. KG (UWC) has announced that Mohawk International Services BVBA has withdrawn from a revocation action, filed via a U.K. law firm, against Windmöller patent EP 1938963 in the United Kingdom. Additionally, the United Kingdom Intellectual Property Office (UKIPO) has decided not to pursue invalidity procedures relating to the Windmöller vinyl locking patent. The UKIPO deemed that there were no legitimate grounds to pursue such a procedure, indicating that the UKIPO was not convinced by the arguments put forward by Mohawk against the validity of the patent.

The action initiated by Mohawk International Services surprised UWC as Mohawk’s sister company, Flooring Industries, had the exclusive sub-licensing rights to this patent at the time of the invalidity filing. When presented with information about the revocation action, Mohawk acknowledged its subsidiary was responsible for the filing and withdrew from the UKIPO proceedings. During other proceedings, the management of Flooring Industries denied being behind the UKIPO revocation action.