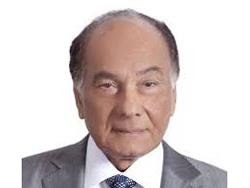 Khamis founded Oriental Weavers Group, which today, with its subsidiaries, employs more than 22,000 people in Egypt, China and the U.S.

In 1997, Time magazine described Khamis as the "The Pharaoh of Egyptian Exporters." From a single loom in 1979, Oriental Weavers emerged as the largest producer of machine-woven and tufted room-sized carpets globally.

Khamis was born on April 14, 1940 in Sharkia, Egypt. In 1967, he was forced to leave his country due to his opposition to the current government and its actions. He began a new life in Kuwait. Upon arriving in Kuwait, he found work as an accountant with a local carpet and flooring distributor. As he became more involved in all areas of their business, he looked at new opportunities to help the company expand beyond its current customers and Kuwaiti borders. Over the following decade, Khamis developed great partnerships with the founders of the largest carpet and flooring manufacturers worldwide and eventually became the largest importer of European and American flooring into the Middle East.

Under the new leadership of Anwar Sadat in the late 1970s, Egypt's government began its initiative to privatize businesses and industries to create non-government, self-sustaining industries and jobs for the Egyptian people. As Khamis' business flourished across the Middle East, members of President Sadat's cabinet made him aware of Khamis' great success in the flooring industry.

Sadat contacted Khamis with an invitation to return to Egypt and a proposal to assist in the creation of a rug and carpet manufacturing and export company based in Egypt. Khamis and his family returned to Egypt in 1978, and he began construction of a new carpet and area rug manufacturing company under the name Oriental Weavers.