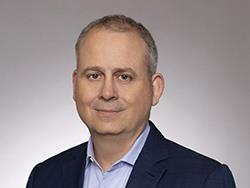 Lancaster, PA, September 10, 2019-Armstrong Flooring has announced that its board of directors has appointed Michel Vermette as president and chief executive officer and a member of the board, effective September 11.

Armstrong Flooring Chairman Larry S. McWilliams, who has served as interim president and CEO since May 3, 2019, will remain chairman of the board.

Vermette, age 52, will join the company after a successful career spanning more than two decades at Mohawk Industries, where he served in multifaceted positions across the company’s finance, investor relations, sales and marketing and business development operations. During his tenure, he helped transform the flooring business into an innovative and leading flooring manufacturer, redesigned the customer experience process, and led large-scale acquisitions and successful integrations.

Vermette was named president, residential carpet at Mohawk Industries, in February 2019, where he was responsible for the market strategy, product development, manufacturing and innovation of the residential carpet business in North America. In this role, Mr. Vermette set the group’s product and manufacturing direction, improving the company’s service and overall customer satisfaction.

With the appointment of Vermette, the board will consist of eight directors.