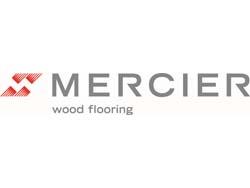 Montmagny, Quebec, August 21, 2020-On its 40th anniversary, Mercier Wood Flooring is having a promotion for its retailers from September 8 to October 31, in addition to donating a portion of its sales from this promotion to charitable organizations that help children that are facing food insecurity.

This promotion consists in a $0.75/square foot discount that applies to all Mercier floors, from September 8 to October 31, at all participating Mercier retailers.

In Canada, to celebrate the company’s 40th anniversary, Mercier Wood Flooring will donate 1% of its sales made during the promotion to Breakfast Club of Canada, an organization that supports 1,887 in-school breakfast programs across Canada. In the United States, the company is supporting No Kid Hungry, a campaign working to end childhood hunger in the U.S.