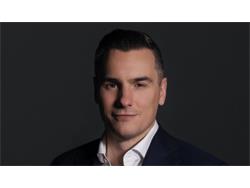 This new role will focus on the expansion and further evolution of I4F’s Patent Cluster Concept (PCC), as well as facilitate the introduction of new, innovative technologies into the market. I4F’s PCC offers cutting-edge solutions in the areas of locking, new high demand materials and panel compositions, board and wall panels, manufacturing processes as well as for surface finishing and digital printing. de Koning will be based out of the company’s global headquarters located in Hamont, Belgium.

de Koning has also worked with I4F since 2014, representing and assisting the company in various patent proceedings before the Courts and the European Patent Office. Prior to his admission to the bar in 2006, he enjoyed an international career in sports as an artistic gymnast participating in various European and World Championships.