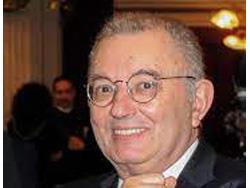 Deerfield Beach, FL, April 12, 2022-Dr. Giorgio Squinzi, former president of Mapei, has been named Tile Council of North America’s (TCNA) tile person of the year. Squinzi, who died on October 2, 2019 at the age of 76, was a chemist and a businessman.

Born in 1943 in Cisano Bergamasco, where his family had been displaced by the war, Dr. Squinzi was raised in Milan where, in 1937, his father Rodolfo founded Mapei, a small company that manufactured auxiliary materials for construction and industry. In 1969, Dr. Squinzi graduated from the University of Milan with a degree in Industrial Chemistry. He immediately joined his father at Mapei, contributing to the innovative and revolutionary development of adhesives and chemical products for the building industry.

After initially breaking into the Canadian market in 1976 by supplying products for laying the athletics track for the Montreal Olympics, Mapei opened its first factory outside Italy in Canada in 1978 within the industrial district of Laval near Montreal.

In 1984, after the death of his father, Dr. Squinzi took over the reins of the family business and guided it into a new phase in its growth: internationalization. Mapei Group decided to enter the United States market by opening a plant in Tempe, Arizona, in 1984 and creating the subsidiary Mapei Corporation. The Arizona plant was quickly followed by a facility in Chicago, Illinois, in 1985.

Dr. Squinzi’s idea of building a number of manufacturing facilities that were located close to consumers on every continent led to a period of international expansion for Mapei, which, over the years, would see exponential growth as the company opened new plants on every continent.

In the U.S., Dr. Squinzi’s vision led to the creation and strategic growth of the leading manufacturer of setting materials for the construction industry. Mapei has locations and four state-of-the-art labs strategically placed in the U.S. to best serve customers (Deerfield Beach, Florida, headquarters and Fort Lauderdale factory; Calhoun and Dalton, Georgia; Fredericksburg, Virginia; Swedesboro, New Jersey; Eagan, Minnesotta; San Bernardino, California; Garland, Texas; and Wildwood, Florida). Dr. Squinzi also expanded the growth of the corporation itself with the acquisition of L&M (1996), North American Adhesives (1996), VINAVIL (2002), Polyglass (2008), GRT (2014) and, in the 2000s, being awarded the business of both Lowe’s and Floor & Decor.