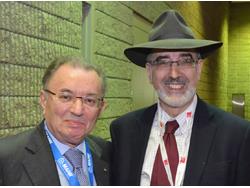 Milan, IT, October 8, 2019-Mapei leader Giorgio Squinzi, 76, died October 2. In addition to being an Italian entrepreneur, he was also a sports enthusiast.

Dr. Squiinzi succumbed to a "long illness," according to the Italian media. He was born in Cisano Bergamasco in northern Italy and graduated in industrial chemistry in Milan. According to Donato Grosser, a long-time friend and associate, “Dr. Squinzi was responsible for scaling up the company that his father started and sucessfully building the firm into a global leader in the adhesives business. He was very loyal to his father and was passionate about expanding what his father had started."

In addition to his role at Mapei, Squinzi was known for his sponsorship of the Italian bicycling team that bears the Mapei name. He was also the main sponsor and owner of the Sassuolo football (soccer) team.

Mapei was founded in 1937 in Milan, Italy by Rodolfo Squinzi, Giorgio’s father. The company began as a paint supplier but, under Giorgio’s leadership, expanded into adhesives, thinsets and grouts for the flooring industry as well as products for the larger building industry. Today, Mapei operates 83 factories in 36 countries, employs over 10,000 people, with annual sales of over 2.5 billion euros.