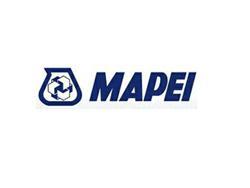 Laval, Quebec, November 3, 2021-Mapei Inc. broke ground on an expansion at its Laval, Quebec facility, where it will construct a 50,750-square-foot powder production and distribution plant.

The construction of the new plant will complement the existing 128,000-square-foot facility, which serves as the head office of Mapei, whose adjacent plant also currently produces polymers and adhesives. The added space will also feature the addition of an admixtures for concrete laboratory and production line.

The ground-breaking was held on October 21.