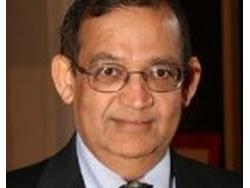 Orange, CA, January 10, 2023-M S International (MSI) announced that after a 47-year career as founder and CEO, Manu Shah is retiring from MSI.

Shah’s journey as a CEO began with very humble beginnings in India as the last of nine children. At the young age of 22, he set out to pursue the American dream. A year later, in 1968, he received a master’s in mechanical engineering from Purdue University. A few years later, in 1971, he married his wife Rika.

In 1975, the couple formed MSI in the basement of their home in Fort Wayne, Indiana. Working as an engineer during the day and on MSI at night, while their children Raj and Rup were sleeping, Shah started exporting microprocessors and memory chips. When exporting dried up, he began importing granite. By 1982, the duo completed the Vietnam Veterans Memorial.

A year later, Shah quit his job as an engineer to dedicate his full-time efforts to MSI, becoming the official CEO. In 1984, Shah moved his family and MSI to Southern California so the company could be close to a port city. Within a short year, MSI surpassed $1 million in annual revenues and in 1987, the Shah’s opened the first MSI Warehouse in Santa Fe Springs, California. The company is now headquartered in Orange, California.

After trials and tribulations, the Shah’s have built a organization with $2.8 billion in revenue, supporting the lives and livelihoods of over 3,000 worldwide employees. The company has over 45 showrooms and distribution centers in greater North America.