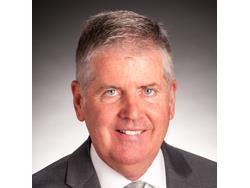 Ganley joined Mannington in this capacity in 2004. He has led the way for Mannington Commercial’s growth over the years and leaves a legacy of leadership and innovation for the business. During his tenure, Jack implemented the “Choices” strategy and upgraded sales, marketing and products resulting in steady organic growth.  He also directed the integration of Burke and Amtico into the Mannington Commercial business.

Previously, he had been with Lees Carpets, where he began as a manufacturing trainee in 1976 fresh out of Villanova University and rose through the organization to become president of Lees in 1995 and Burlington House in 1998.

Upon Jack’s retirement, Tom Pendley, Mannington commercial’s senior vice president of marketing, will be promoted to the role of president, Mannington Commercial.