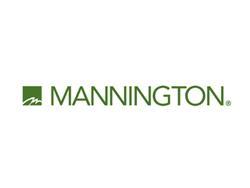 Salem, NJ, June 19, 2019-This week, Mannington Mills announced the recipients of its 2019 “Stand on A Better World” college scholarships. The scholarship program, which began in 2006, awards scholarships to graduating seniors, based on their commitment to community service.

Throughout the year, Salem associates raise funds for the scholarships. They host a series of events like Philly pretzel sales, “Wear Your Jeans on Monday for $5” and raffles.

This year’s “Stand on A Better World” scholarship recipients are Corienne Swanson and Aliyah Thomas.

Corienne Swanson graduated from Woodstown High School and will be attending Savannah College of Art and Design in Savannah, Georgia, in the Fall. For the past few years, she has served on the Juvenile Conference Committee-a panel of community members who, under the Salem County Superior Court, participate in monthly meetings to hear and address alleged offenders, victims, and their parents; and recommend juvenile rehabilitation steps in order to avoid the court system. Swanson also has participated in The Lindsey Meyer Teen Institute (that promotes wellness and substance use prevention) and created a video about the harms of vaping. And she’s worked with young adults who have cognitive disabilities (in support of her brother who has Down Syndrome).

Aliyah Thomas graduated from Salem High School and will be attending Rowan University in Glassboro, New Jersey in the fall. She has spent nearly 100 hours helping and mentoring younger children in the community through basketball coaching, Ambassador Club and the after-school program, GAMES Club, sponsored by the Municipal Alliance for the Prevention of Substance Abuse. “GAMES offers children from grades K-4 some downtime after school to play with friends,” says Thomas. They also use this time for teachable moments. “We have discussions each week about situations involving drugs, alcohol and weapons.” Thomas is the daughter of Mannington associate Joel Thomas, quality assurance manager.