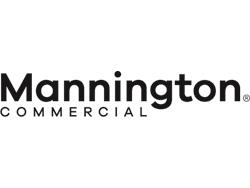 Chicago, IL, June 30, 2021-As part of a long-term commitment to expose a diverse community of students and emerging professionals to design through learning and engagement, Mannington Commercial has announced its support of IIDA’s new design program for high school students, Design Your World, in partnership with established non-profit organization After School Matters (ASM) and with additional support from OFS, After School Matters, 3form and Configura. The pilot, which will kickstart July 6 in Chicago and build a framework for future regional expansion, will grant educational design opportunities while tackling diversity in design at the source.

ASM has a long-standing record of success in the Chicago area, having served nearly 19,000 high school teens annually and over 350,000 since the program’s inception, with a focus on underserved communities. This partnership invites a paradigm shift in the predominately white design industry, focusing on students in the crucial early stages of career exploration, with an aim to bring the possibilities and inspiration of a career in design within their reach. Design Your World presents an important link to current IIDA efforts, which support scholarships for BIPOC design school students and provide continuing professional education and programming to members around the world.

Design Your World will officially launch July 6 with the initial ASM course running through August 13.

For more information on After School Matters, visit: www.afterschoolmatters.org.