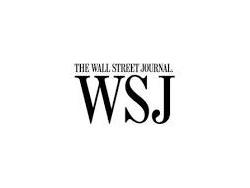 New York, NY, June 19, 2019-Lumber prices continued their sharp climb in June after North America’s largest producer said it would close one mill in British Columbia and eliminate a shift at another, reports the Wall Street Journal.

“The announcement by West Fraser Timber Co. to permanently curtail about 314 million board feet of production annually added to a long list of Canadian mill owners who are cutting back amid limited availability of timber in British Columbia and low prices for finished forest products due to a slowdown in U.S. home construction.

“In total, more than a billion board feet of production out of western Canada has been curtailed in recent weeks by mill owners. West Fraser had earlier announced output reductions both temporary and permanent within its empire of Canadian saw facilities, but the permanent curtailment it announced late Monday was the one for which the lumber market awaited.

"Lumber futures climbed 4.4% to $409.40 per 1,000 board feet on the Chicago Mercantile Exchange on Tuesday, a 34% rise so far this month. Aside from a short-lived surge in February, lumber prices have been in the dumps since collapsing from a record of $639 reached last May.

“The slump came from a combination of lumber yards that had stocked up during last year’s historic rise and a wobbly U.S. housing market that has been stymied by affordability issues and uncooperative weather in key construction markets like Dallas and Nashville, Tenn.

“On Tuesday the U.S. Commerce Department said housing starts fell 0.9% in May from the prior month to a seasonally adjusted annual rate of 1.269 million. It was the latest gauge to signal weakness in the housing market. On Monday the National Association of Home Builders reported a decline in confidence in June among its members, who reported rising material and development costs that were countering mortgage rates that have fallen to near-historic lows.

“Lumber produced in British Columbia is favored among home builders for its softness, which enables easy nailing, relative to the tougher pine that comes from the continent’s other main production region in the Southeastern U.S.

“Still, mill owners like West Fraser are moving more production to the South, where there is a historic glut of timber that can be bought much cheaper than in British Columbia, where prices are set by the government and supplies have been winnowed by infestations of wood-boring beetles, wildfires and harvesting restrictions related to caribou habitat.

“The U.S. South overtook western Canada as North America’s top lumber-producing region in 2016 and has continued to gain market share.”