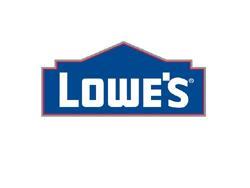 As part of the company’s new leadership structure, the chief operating officer, chief customer officer, corporate administration executive and chief development officer positions have been eliminated, and responsibilities formerly under these roles will be assumed by other senior leadership roles that will report directly to Ellison. These changes are effective immediately but will require a transition period until all roles are permanently filled.

EVP, merchandising: This role will be responsible for merchandising, marketing, digital, and data analytics and customer insights. William P. (Bill) Boltz has been named to the role, effective August 15. Boltz is an accomplished executive with more than three decades of retail operations, marketing and merchandising experience and is currently the president and CEO of Chervon North America. In this role, Boltz oversees the sales, marketing, engineering and product development in North America of products under the EGO, SKIL and SKILSAW brands. Chervon, as a global power tool supplier, currently produces products as an original equipment manufacturer for a number of key professional power tool brands and also produces and develops products under the Kobalt and Craftsman brands as well as other private label brands. In addition, Boltz previously held several leadership roles in merchandising at The Home Depot, including senior vice president of hardlines, which consisted of hardware, tools, nursery, cleaning, seasonal, outdoor power and holiday decor. Prior to The Home Depot, Boltz worked at Sears Holdings Corporation for more than 20 years, culminating in his role as vice president, general merchandise manager within home improvement.

Effective November 6, after ensuring a smooth transition, chief customer officer Michael P. McDermott has decided to leave the company to pursue other interests.

EVP, stores: The company has initiated an external search for this newly created role, which will oversee the North, South and West divisions, Orchard Supply Hardware, operations engineering, Pro and services businesses, and asset protection. The senior leaders of the store operations team will report to the CEO until an EVP is named.

Effective immediately, N. Brian Peace, SVP, administration, will report to McCanless. Peace will take another role in the fall.