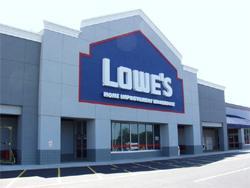 Denton currently serves as executive vice president and CFO of CVS Health (NYSE: CVS) and will join Lowe’s shortly after the closing of the CVS acquisition of Aetna, which is expected in the second half of 2018.

Denton brings to Lowe’s more than 25 years of finance and operational expertise. At CVS, he is responsible for all aspects of financial planning and management. Since being appointed CFO in 2010, Denton has successfully restructured CVS Health’s balance sheet and implemented a comprehensive capital allocation program designed to enhance shareholder value. Denton has also played an instrumental role in the company’s pending acquisition of Aetna.

Denton succeeds Marshall A. Croom, whose retirement was previously announced.