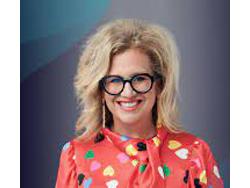 “Thalberg’s departure is part of a growing wave of leadership changes in the retail industry. Gap, GameStop and Bed Bath & Beyond are among the other retailers who have lost C-suite executives. Such shakeups have gained steam as stimulus check-fueled spending wanes and some consumers pull back on discretionary purchases because of inflation. For some companies, particularly major pandemic beneficiaries such as Peloton, it has meant a sudden and dramatic drop in sales.

“Lowe’s, too, has seen a slowdown. Its same-store sales have declined in the past two quarters. The company said it now expects total and comparable sales for the year toward the bottom of its outlook range. It had forecast sales of $97 billion to $99 billion and comparable sales to be down 1% to up 1%.

“Thalberg stepped into the role in February 2020, a month before the pandemic began and fueled a surge of home improvement spending. She oversaw several high-profile campaigns, including TV commercials on ESPN during the NFL Draft, and an expanded effort to capitalize on the holiday season.

“Prior to joining Lowe’s, she was Taco Bell’s global chief brand officer and worked for Estee Lauder, Unilever Cosmetics International and Revlon.”