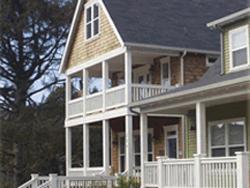 New York, NY, September 23, 2022-"Homeowners with low mortgage rates are balking at the prospect of selling their homes to borrow at much higher rates for their next homes, a development that could limit the supply of houses for sale for years to come,” reports the Wall Street Journal.

“Housing inventory has risen from record lows earlier this year as more homes sit on the market longer. But the number of newly listed homes in the four weeks ended Sept. 18 fell 20% year-over-year, according to real-estate brokerage Redfin Corp. That is an indication that sellers who don’t need to sell are staying on the sidelines, economists say.

“Some homeowners will always need to sell due to job relocations, divorces, deaths or other life events. Yet if those who have the option not to move decide to stay put, that could keep the inventory of homes for sale below normal levels and keep home prices elevated, even if demand remains low.

“The lack of housing inventory is one of the major reasons home prices have remained near record highs, despite seven straight months of declining sales as interest rates have roughly doubled since the start of the year.

“‘I like to call it the ‘golden handcuffs’ of mortgage rates,’ said Odeta Kushi, deputy chief economist at First American Financial Corp. ‘You’ve got existing homeowners who are sitting on these rock-bottom rates, and what is their financial incentive to move and lock into a rate that’s potentially as much as three percentage points higher than what they’ve locked into?’”