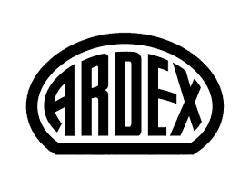 Ditzingen, DE, October 30 2018-Adhesives manufacturer Wakol GmbH is increasing its share in Loba GmbH & Co. KG, one of the world’s leading manufacturers of surface treatments, and now holds a majority stake in the company.

As Wakol has been majority-owned by Ardex since 2015, Loba will thus become part of the international Ardex Group. To facilitate this transaction, four long-standing Loba shareholders have put their shares up for sale. The overriding goal of this decision is to safeguard the company’s long-term success. Therefore, the new shareholder structure consists of Wakol and Michael Fischer, who will remain as managing partner.

Loba's Ditzingen site will be further expanded as a development and production center for surface finishing within the Ardex Group. The treatment and finishing of wood and cork currently play a key role for Loba. Additionally, the company is expanding its activities in finishing resilient floor coverings as well as cementitious surfaces.

The company name, brand and sales structure remain unchanged as well as the contact persons for customers and suppliers. In both companies, the organization and personnel will

remain the same. Following a mandatory review by the antitrust authorities, the transaction is expected to be completed at the latest by the end of November 2018.